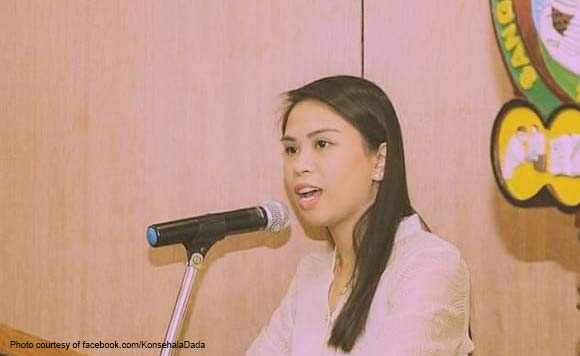 Binan Councilor Dada Reyes is fuming mad that at the disrespect her dead father received in the hospital.

Reyes said somebody had taken photos of her father without permission in the emergency room of the hospital.

The photos were even passed along to different groups, she said.

She said she hopes the person who took the photos would be bothered by his conscience and would learn to respect others, especially the dead.

Losing her father was bad enough, but what’s worse is that there were those who want to make a spectacle of her family’s loss.

She knows who was in the emergency room at the time since only a limited number of people were allowed inside, she said.

From her family, only her sibling was permitted to enter the room, she noted.

She herself was only able to touch her father’s leg, but the person who took the photos even had shots of his face.

Reyes wondered why they did that to her father and what they would get out of it.

She would let the Lord take care of those who disrespected him, she added.

Politiko would love to hear your views on this...
Spread the Love
Tags: Binan, Councilor Dada Reyes, stolen shot