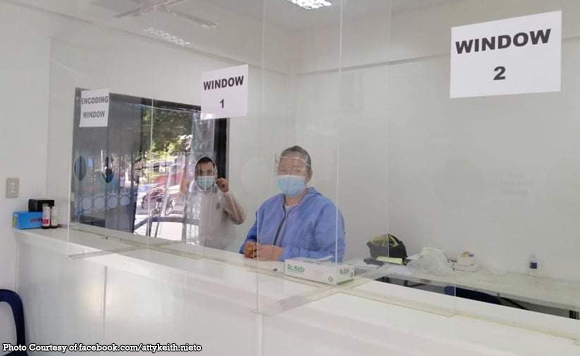 It looks like Cainta Mayor Kit Nieto is a believer of antigen tests to detect COVID 19.

While officials consider RT-PCR tests to be the gold standard, antigen tests have their merits.

In a Facebook post, Nieto announced that Cainta has opened an antigen test facility, and said initial results showed that these tests have 100 percent specificity.

This makes antigen tests a very good screening tool for certain members of the population, he said.

Using the antigen test would mean patients could be diagnosed early while waiting for their confirmatory RT-PCR tests.

They could be isolated early to prevent the spread of COVID 19, he added.

The test is fast, efficient, and also free, the mayor said.

Initial tests done last week showed 100 % specificity. All patients who tested positive with Antigen Rapid Diagnostic tested also positive with RT PCR. This proves that it is a very good screening test for a specific population. It can be used to screen those who were exposed at least before the test (pre symptomatic).

Persons with symptoms during the first 5 days can be diagnosed early while waiting for the confirmatory RT PCR. They can be isolated, quarantined and treated accordingly. Health Care Workers should be screened regularly. This rapid test may help reduce the rate of transmission.

This is one strategy to flatten the curve. Results are released within 30 minutes from swabbing.

Salamat Doc San Diego for all the help,” Nieto posted.