‘I believe in mandates:’ Remulla backs Duterte presidency until successor is chosen 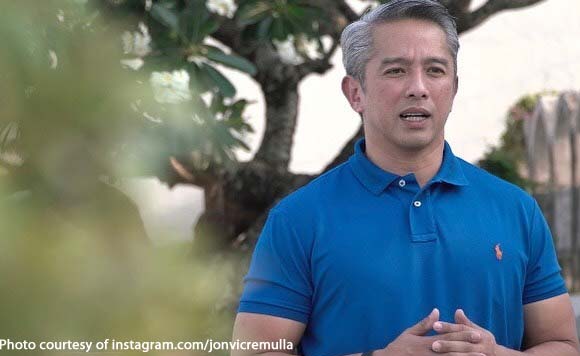 In a Facebook post, Remulla said he hopes the public will also support Duterte for the rest of his constitutionally mandated term. Duterte, who assumed the presidency in 2016 after a landslide win, will end his term in two years.

“I believe in mandates. I believe that our elections are veiled with the implicit trust based on the will of the people,” Remulla said.

“I believe we should support the President until June 30, 2022 and/or until after his successor is chosen,” he added.

Remulla also rejected any move to postpone the upcoming elections. He said the elections must proceed as scheduled so the voice of the people will be heard.

“And most importantly, I believe that the May 2022 National Election should push through. Let the voice of the people be heard,” he said.

Pampanga Rep. Mikey Arroyo earlier floated the possible postponement of the 2022 national and local elections due to the coronavirus outbreak. Malacañang however immediately shot down the idea, saying the elections will press ahead based on the Constitution.

(M) GCQ S7 E7. “TRAPO” “The mob believes everything it is told, provided that it be repeated over and over.” -…

Politiko would love to hear your views on this...
Post Views: 7
Tags: Jonvic Remulla, President Duterte, The Snitch