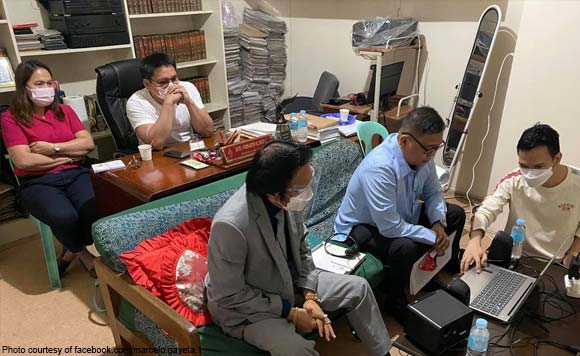 The suspects in the killing of his son are behind bars and undergoing trial, but the pain of his death has not left Sariaya Mayor Marcelo Gayeta.

In a Facebook post, Gayeta shared that he and his wife attended a hearing on the case filed against the former policemen accused of killing his son.

He said he still feels pain over the incident and it still brings tears to his eyes.

Even if the suspects are behind bars, it would not bring back the life of his son, he said.

He continues to feel regret, as his son had a bright future ahead of him, he added.

His only hope is that other families won’t experience the same tragedy.

Politiko would love to hear your views on this...
Spread the Love
Tags: behind bars, death, Mayor Marcelo Gayeta, Sariaya