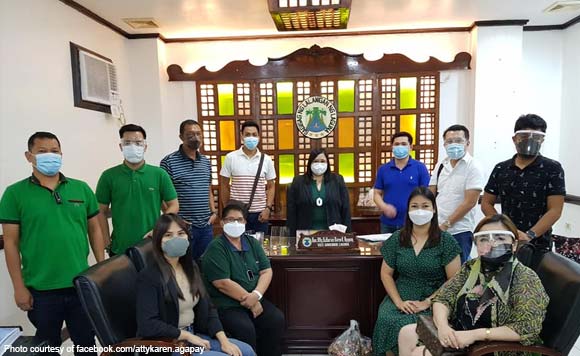 Laguna’s Sangguniang Panlalawigan is getting a new home, and Vice Gov. Karen Agapay made sure to remember the last session day in its old home.

In a Facebook post, Agapay said the last session at the old building at the Provincial Capitol in Santa Cruz was held on September 16.

The old building is known as the Batasang Panlalawigan and was built in 1994 under Governor Restituto Luna, Vice Governor Teresita Lazaro, and members of the first Sangguniang Panlalawigan.

One of the members was her father, Board Member Nelson Agapay.

The provincial council would have its new home at a new building in the capitol, she said.

Just like her father, she would get to be the first to enjoy a new home for the council!

“Sept 16, 2020: Our last session at the old building of the Sangguniang Panlalawigan of Laguna, during our 57th Regular Session held at the SP Session Hall, Provincial Capitol, Santa Cruz 🇵🇭

Sept 16, 2020: Our last session at the old building of the Sangguniang Panlalawigan of Laguna, during our 57th Regular…