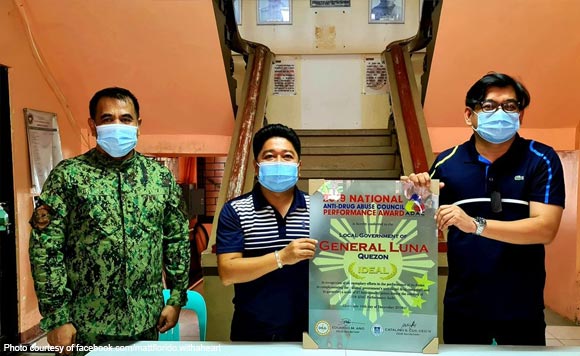 General Luna has been saying no to drugs and taking the campaign seriously.

The Department of Interior and Local Government has conferred on General Luna the 2019 National Anti-Drug Abuse Council Performance Award for the good results of its anti-drug program, Mayor Matt Florido happily announced in a Facebook post.

Florido congratulated the town for its feat and said the award was based on the audit of the functionality of its Municipal Anti-Drug Abuse Council, which got an 87 percent rating.

He thanked the MADAC members for their commitment to the fight against illegal drugs and for valuing the future of the youth of General Luna.

You can count on General Luna in the war against illegal drugs!

Politiko would love to hear your views on this...
Spread the Love
Tags: campaign seriously, DILG, drugs, General Luna