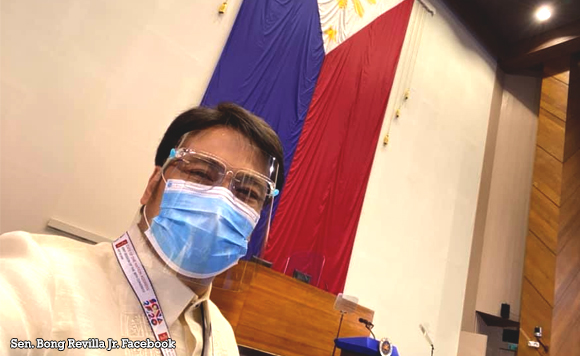 Sen. Bong Revilla Jr. was among the few legislators allowed to be physically present at the President’s fifth state of the nation address.

The number of guests was drastically cut because of physical distancing needs due to the COVID 19 pandemic.

He said the set up this year was disconcerting because it was so different from previous years.

He also said the health standards for the government officials allowed to be present at the event were followed.

These include not just observing physical distancing, but also getting a swab test prior to attending the event.

They were few but they were safe!