Tea in Taytay! Councilor Pia Cabral shares video of her being ignored in session 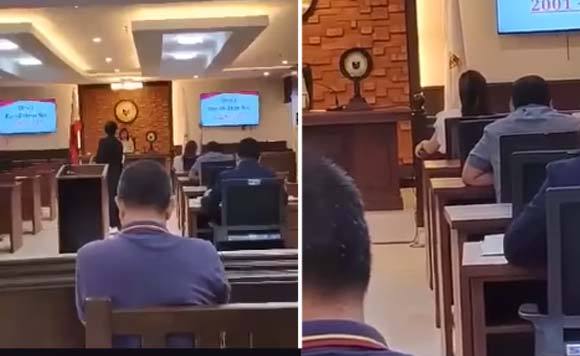 Is Taytay Councilor Pia Cabral getting sidelined in sessions?

The video showed Vice Councilor Mitch Bermunod seemingly ignoring Cabral and not allowing her to participate during a session.

In the video, Bermundo had asked if there was a question about the measure being discussed on the floor.

Cabral, who was seated in front, was shown raising her hands and keeping it in the air for several seconds.

Despite this, Bermundo and the councilor on the floor said there were no more questions and moved on to the period of amendments.

Cabral, in her post, said it seems there was no equal treatment for the councilors of Taytay.

She would not have posted the video if it were fake, she added.

Why is she not being allowed to do her job?