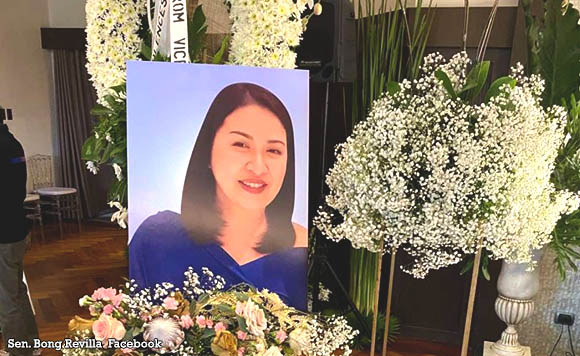 Sen. Bong Revilla is still grieving over the passing of his father, former Sen. Ramon Revilla Sr., but he found time to condole with the Andaya family.

Revilla send his condolences to the loved ones of Camarines Sur Rep. Marissa Andaya, who his family treated as a sibling.

He said Andaya was kind, charming and loving, which was why it was easy to be drawn to her.

She was gone too soon, but she will always be remembered, he said.

He also asked her to say hello to his father in the great beyond.

Politiko would love to hear your views on this...
Spread the Love
Tags: Rep. Marissa Andaya, Sen. Bong Revilla