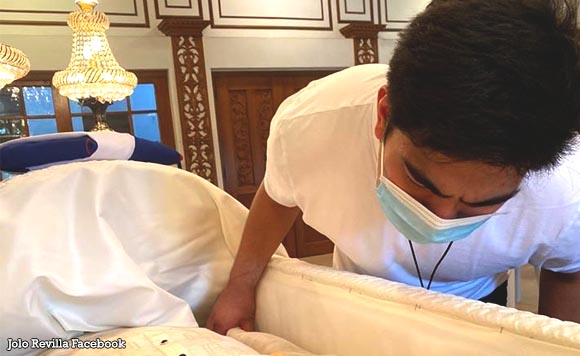 Cavite Vice Governor Jolo Revilla had a closer look at his grandfather, former senator Ramon Revilla Sr., for one last time before the latter’s burial.

Revilla shared a photo of himself taking a closer look at his grandfather’s remains in a Facebook post dated July 2.

In the caption, the vice governor expressed admiration for the elder Revilla’s accomplishments.

The former senator died on June 26 due to heart failure. He was 93.