Cavite Rep. Strike Revilla thanks lawmakers for honoring his father 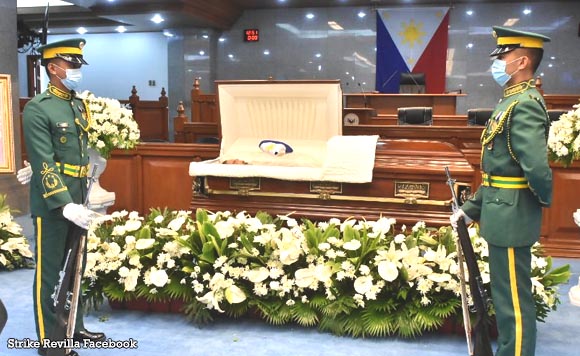 Cavite Rep. Strike Revilla is grieving the passing of his father, but the tribute from fellow lawmakers has given him comfort.

In a Facebook post, Revilla thanked the Senators for honoring his father, the late Senator Ramon Revilla Sr.

Senators held a necrological service for Revilla at the Senate, and his former colleagues and members of his family attended the event.

He said he was proud to be one of the children of a Filipino who was well loved and who served the country as best as he could.

“We sincerely thank our fellow public servants for honoring our father, former Senator Ramon Revilla, Sr., in today’s necrological service at the Senate. We are proud to be the children of a Filipino who loved and served his country the best way he could. 🙏,” Revilla posted.