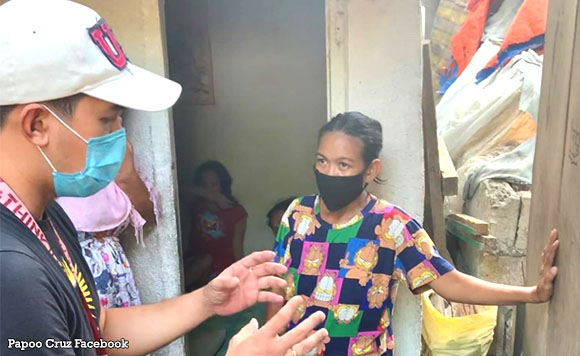 Taytay Councilor Papoo Cruz did more than just fill hungry tummies when he led a feeding program for children in his area.

In a Facebook post, Cruz said that during the feeding program, one of the people in the community introduced to him a neighbor suspected of having Parkinson’s Disease as she could not walk and was shaking.

Cruz said he then remembered that his wife had used a travel wheelchair when she was pregnant.

Since it’s unused now, he decided to donate it to the woman.

Of course, she and her family was overjoyed because now she could be taken out of the house to get some sunshine.

It may just be one wheelchair, but it made a difference to someone’s life!

Politiko would love to hear your views on this...
Tags: feeding program, Papoo Cruz