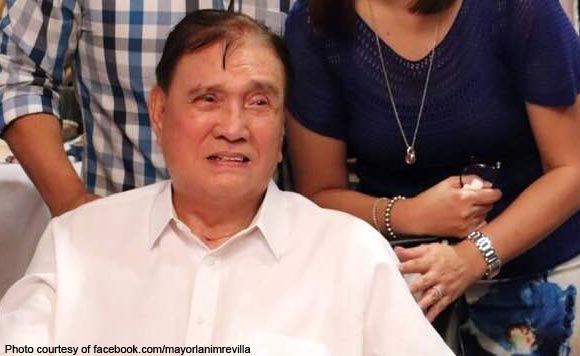 Former senator Ramon Revilla Sr. is hooked to a ventilator but is “conscious and responsive,” his son said Monday, June 1.

Senator Ramon “Bong” Revilla Jr. provided updates about his father’s condition after he was rushed to the hospital Sunday, May 31.

In a statement, Bong said the elder Revilla has been transferred to St. Luke’s Medical Center – Global City in Taguig from St. Dominic Medical Center in Cavite.

Bong said his father was rushed to the hospital because he was hard of breathing and “somewhat unresponsive.

The senator said he will ask his father’s doctors to provide medical bulletins as they become available.