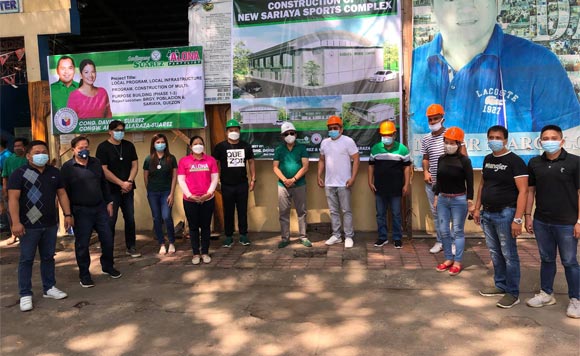 Quezon officials have kept their word, which means Sariaya would soon get its P45 million sports complex.

Sariaya Mayor Marcelo Gayeta shared the good news in a Facebook post, where he thanked Gov. Danny Suarez and Rep. Jayjay and Anna Suarez for the project, which was planned before the health crisis hit.

Gayeta said the pandemic was no obstacle to the Suarezes fulfilling their word.

The town would soon have a sports complex with a proper roof that doesn’t leak and which many Sariaya residents would get to enjoy.

This promise was not made to be broken!