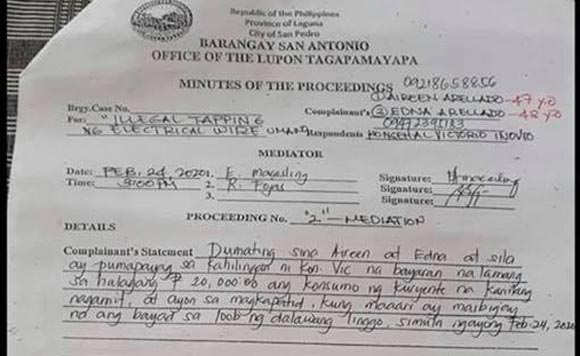 Why would a barangay release the records of what is supposed to be private proceedings?

San Pedro Councilor Jimbo Ambayec raised this question as he shared a post that featured the minutes of mediation proceedings in Barangay San Antonio.

In his Facebook post, Ambayec said this was a culpable violation of the confidentiality of private information.

The records of the barangay justice body are supposed to be private, he said.

He described the move as a total disgrace and disrespect.

So who would be held accountable, if any?