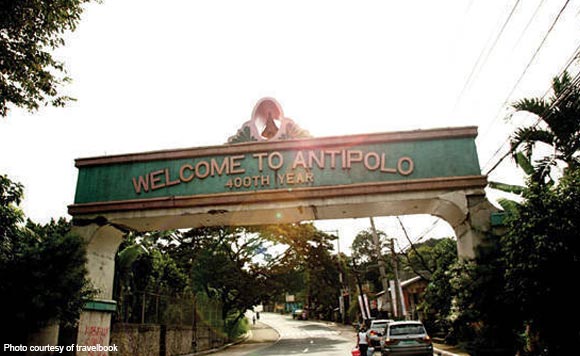 Various homeowners’ associations in upper-middle-class villages located between Antipolo and Cainta cities have readily cooperated with local authorities in implementing the enhanced community lockdown now in effect in Luzon.

However, they are seeking to do government one better by instituting measures to further isolate their neighborhoods from the contagion outside their walls.

The gates of Victoria Valley Subdivision, home to about 150 families, have been shut since March 18, and the entry and exit of residents are closely monitored although not completely hindered.

Victoria Valley Association, Inc. (VVAI) operations manager Angelo Punzalan said the imposition by the homeowners’ board of stricter quarantine measures enjoy the full support of the greater majority of residents.

Construction projects, as well as the entry of construction workers and other laborers, have also been put on temporary hold until further notice, Punzalan said.

Only those delivering basic necessities such as food and LPG are allowed through the gates, subject to some decontamination protocols.

Volunteers from the community have been tapped to help security guards by reporting the entry of vagrants and other uninvited outsiders, he added.

“Our village has gained the reputation of being strict when it comes to security, but nobody contests the issue because they understand it’s for the good of everyone,” he said.

Punzalan added that the village association has recently sought the help of the local fire department to hose down the neighborhood with disinfectant in order to get rid of whatever microbes are already present in their immediate surroundings.

Punzalan admitted that their draconian initiatives are partially the result of unconfirmed reports that a resident nearby had tested positive for the dreaded virus.

“We have to boost the morale of our residents especially since its easy for paranoia to set in nowadays,” he said.

In nearby Valley Golf Hills Subdivision, with its 50 households, residents have hardly left their homes since the government-imposed lockdown began.

Subdivision president Dino Dionisio said they are also implementing their own lockdown within their small enclave by keeping non-residents out until the epidemic subsides.

“Our own residents have been very compliant but our challenge here is controlling the movements of squatters,” he said.

Dionisio said that there are a few informal settlers residing in the fringes of the subdivision and they have been hard to contain. He added that these people have been sneaking past village security guards as they seek income outside the village walls.

“We understand that they are desperate to earn money, but they may expose everyone to infection. I hope the government helps them somehow,” he said.

Dionisio said that while their residents have been very supportive of the government’s enhanced community quarantine, they are also hoping that it will be lifted earlier as scheduled on April 12.

He expressed optimism that the contagion will peak and decline within the two remaining weeks of the quarantine period. He said that current conditions have already taken a huge toll on the livelihood of many residents, some of whom have business enterprises to manage.

“The economic impact of what is going on is tremendous, the next two weeks will be very crucial,” he added.

VIRAI president Fernando Gil explained that a high percentage of those living in the area are senior citizens and retirees who moved here to escape the hustle and bustle of Metro Manila. Many Westerners and East Asians have also settled here, he added.

“The extra measures that we have taken to protect our community on top of government’s community quarantine is necessary because of the advanced age of many of our residents and the fact that many of them frequently travel abroad,” he said.

He added that even during normal times, residents usually do not encroach in the personal space of one another. Now, under the threat of Covid-19, social distancing is being taken very seriously.

“However, despite being physically apart we have never been so full of community spirit because we know that we are in this thing together,” Gil said.

“There have been some chaffing among some of us, to be sure, but members of the community realize lockdowns and social distancing are bitter pills we must swallow for the common good,” he said. (PNA)

Politiko would love to hear your views on this...
Tags: Antipolo, Cainta, Lockdown, subdivisions