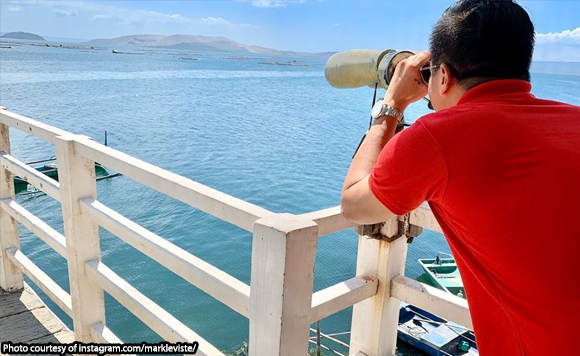 Batangas Vice Governor Mark Leviste appears to have caught the craze surrounding the hit Korean series, “Crash Landing On You.”

On Instagram, Leviste shared a photo of himself with his back to the camera. He appeared to be looking at a telescope to the sea.

“I don’t want to constantly look back on (that) day and be regretful in the future..,” Leviste said.

While the vice governor didn’t explain what the quote meant to him, he joked in a recent post about his lack of love life.

It seems Batangas’ Captain Ri is looking for his Yoon Se-ri!

“I don’t want to constantly look back on (that) day and be regretful in the future…” – Captain Ri, Episode 9 #CLOY ? #BangonBatangas #BatangasMagiting