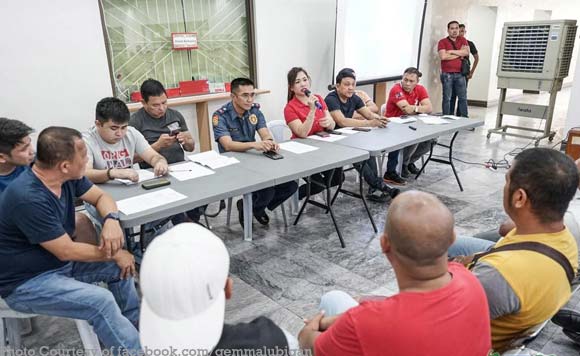 DILG Memorandum Circular No. 2020-036 reiterates the prohibition of tricycles, pedicabs and motorized pedicabs from operating on national highways.

It also directs local government units (LGUs) to establish a tricycle task force, separate from the tricycle regulatory board, to formulate or review its tricycle route plan.

In a Facebook post, Lubigan said she and local officials talked to transport groups about transferring terminals in compliance with the DILG circular.

She said they also discussed the creation of Tricycle Task Force for the formulation of Tricycle Route Plan, pick up/drop off points, strict implementation re colorums, non renewal of franchise, driver’s license etc.