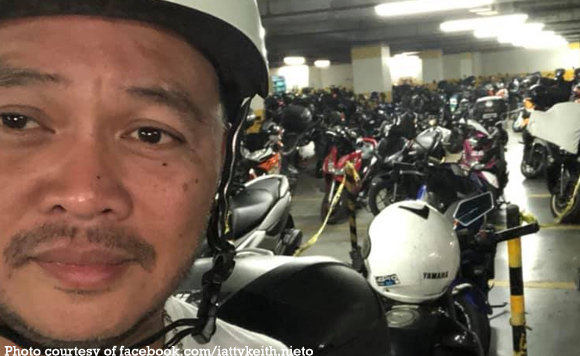 Cainta Mayor Kit Nieto isn’t one of those politikos who has to travel with an entourage.

In fact, he doesn’t even require four wheels when going to a meeting.

In a Facebook post, the mayor shared that he had to travel to Bonifacio Global City in Taguig recently, and it looked like he traveled on his motorcycle.

He said the guard required him to park at basement 4 of his destination, and he had some concern.

This was because there were so many motorcycles there that he wasn’t sure he was going to spot his own later.

But it looks like all’s well that end’s well as he hasn’t posted anything about a missing motorcycle so far.