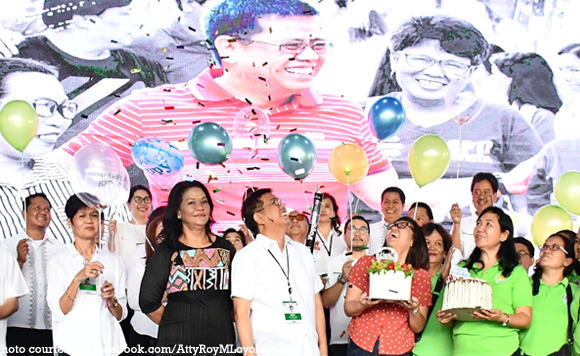 The friends and supporters of Carmona Mayor Roy Loyola were able to put one over him when they pulled off a surprise birthday celebration for him.

Because of their efforts, his birthday this year became even more special, he said.

All he wants is to see them smile because of his and his wife Cavite Rep. Dahlia Loyola’s efforts to serve the people, he said.

But it looks like this time, they were the ones who made him smile.

Maybe they were just returning the favor!