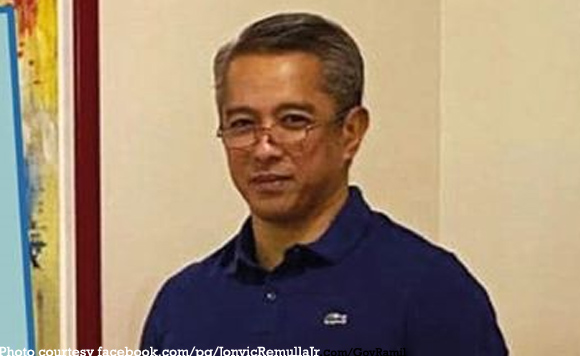 Cavite Gov. Jonvic Remulla was glad that the suspicion that three siblings who had vacationed in Hong Kong tested negative for the novel coronavirus.

But what also made him happy was to see how the officials responded to initial reports that three people with prolonged flu-like symptoms were in Cavite City.

In a Facebook post, he said a medical team was immediately dispatched to secure them and transfer them to the provincial hospital.

Mayor Totie Paredes also sprung into action and the medical team that checked on the siblings took all necessary precautions and isolated them for observations and tests.

Thankfully, they all came back negative for the virus.

Remulla said the Cavite officials will remain vigilant to reports about suspicious cases and will take monitoring seriously.

They want to remain negative all the way!

“POSITIVE NEGATIVE…After receiving reports that 3 siblings from Cavite City showed signs of a prolonged flu-like symptoms, we dispatched a medical team to immediately secure them and transfer them to The Provincial Hospital. Mayor Totie Paredes followed immediately after, to ascertain the situation. It turns out that the siblings had recently returned from a vacation in Hong Kong. Their symptoms have been going on for more than a week. The medical team took all the precautions necessary and isolated them for observation and tests. After a few days, Mayor Paredes has confirmed, through the doctors responsible, that the 3 patients were negative for the NCov-19 virus. Nevertheless, we are vigilant in responding to any reports and are taking the monitoring seriously. Let’s all take the guidelines of the DOH to heart. One person infected is one too many. Stay healthy everyone,” Remulla posted.