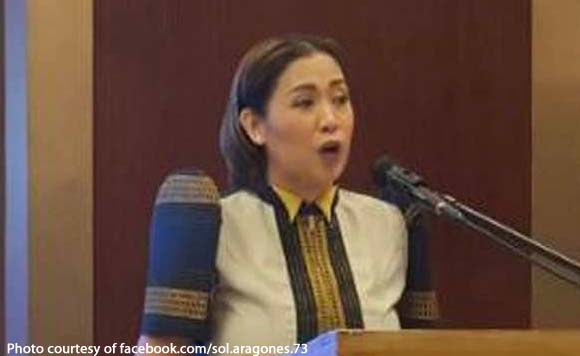 It is the job of Congress, not the Office of the Solicitor General, to determine whether or not it should approve legislative franchises, Laguna Rep. Sol Aragones said on Monday.

She issued the statement after the Office of the Solicitor General (OSG) filed a quo warranto petition asking the Supreme Court to revoke the franchise of ABS-CBN for allegedly violating the terms set by Congress when it approved the media giant’s franchise in 1995.

Aragones said she respects the decision of the Solicitor General but pointed out “that the members of the House of Representatives are prepared to tackle the issues raised by the OSG as part of our mandate to study and evaluate all matters involving the renewal of legislative franchises.”

Aragones added that “it’s important to take into consideration the more than 11,000 employees of ABS-CBN and their families, as well as the general public who patronizes the network.”

The legislator earlier revealed that at least 15 representatives in the House have filed measures seeking the renewal of ABS-CBN’s franchise, which expires on March 30.