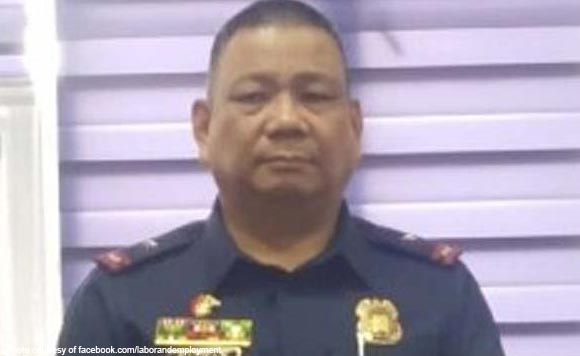 “(Maj.) Gen. (Debold) Sinas (NCRPO Chief) informed me that I will be transferred. It’s part of the system — the reshuffle or transfer of post or relief of personnel,” Bathan told the Philippine News Agency.

Ferro replaced Brig. Gen. Valeriano de Leon, who was reassigned to the Office of the Chief PNP.

“General Bathan was relieved not because of anything. It just so happened that he is included in the movement (of personnel). That is a promotion for him,” Sinas told reporters in a press conference in Quezon City.

Bathan was the police official who grabbed the mobile phone of a television reporter during the coverage of the Traslacion or the procession of the Black Nazarene last month.

Sinas said Bathan and the reporter were able to settle things amicably.

“We are very happy that he (the reporter) accepted Bathan’s apology,” said Sinas.

Meanwhile, three police chiefs and seven station commanders in Metro Manila were sacked from their post for failing to curb illegal gambling activities in their areas of responsibility.

Sinas said the areas of these police officers were found to have rampant illegal gambling operations, particularly “video karera”.

They will be assigned at the NCRPO’s regional headquarters for now but some may be retained in their respective police districts but that will be up to the district directors, he added.

Sinas, however, refused to identify the three chiefs of police who were relieved over command responsibility pending the coordination with the concerned local government executives.

“They were relieved and they will be replaced, this will show in support of the guidance of chief PNP of one-strike policy,” Sinas noted.

Based on NCRPO data, from Oct. 12, 2019, to January 19 this year, police have seized a total of PHP1,508,658 worth of paraphernalia from anti-illegal gambling operations.