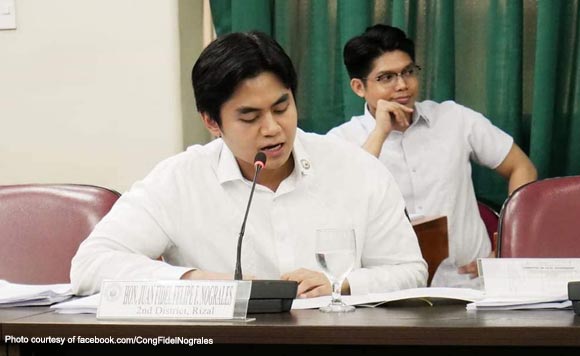 A measure that seeks to put an end to exploitation of on-the-job trainees (OJT) or interns hired by private companies and the government was recently filed in the Lower House.

Among the key provisions of House Bill No. 5652 or the Interns’ Rights, Welfare, and Benefits Bill filed by Rizal 2nd District Rep. Fidel Nograles is the “scrapping of the practice of unpaid work rendered by interns, particularly those training with the government.”

In his explanatory note, Nograles said HB 5652 “promises to secure and protect the interns during the whole duration of their internships.”

HB 5652 assures protection of interns from “abusive and irrelevant work assignments by just working on what is described in their internship contract and following a clearly defined internship plan,” according to the neophyte congressman.

He stressed that interns “provide fresh and unique insights that contribute to process improvement, as well as talent in key areas such as technology, yet they are not compensated for such contributions.”

“The most that outstanding interns could get at the present system is the promise of employment upon graduation,” said Nograles

The solon relayed that he had various conversations with students who became disillusioned after internship because they were assigned tasks that were not related to their course.

“Siguro some of the older generation still see the value in making interns go through tasks such as brewing coffee or acting as messengers. But in this digital age, that seems a massive waste of the talent of the young ones,” said the former law professor.