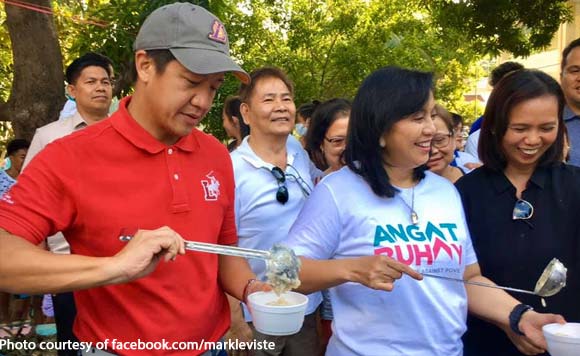 Leviste on January 24 posted photos of himself serving lugaw (rice porridge) alongside Robredo during the Vice President’s visit to evacuees in Lian.

The Vice President said she distributed relief goods coursed through her office.