Raps filed vs. suspects in killing of ex-Batangas solon, 2 others 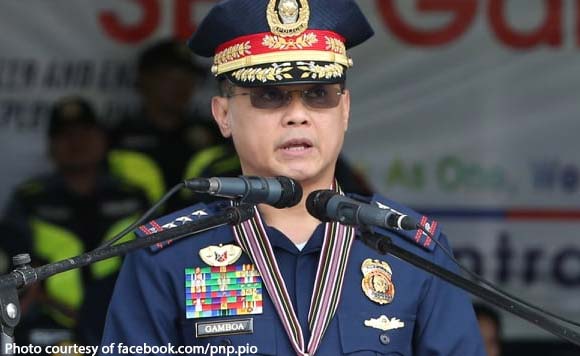 In a press briefing, Gamboa said an information for three counts of murder against six suspects has been filed before the Calamba City Prosecutor’s Office.

“I am pleased to announce a major breakthrough in the investigation of the celebrated murders of former Batangas 2nd District Representative Atty. Edgar L Mendoza, his driver Nicanor Mendoza, and bodyguard Ruel Ruiz, whose charred bodies were found inside a burnt car in Tiaong, Quezon last January 9, 2020,” Gamboa said, noting the case is now considered solved.

Five suspects are under police custody while another suspect remains at large.

CIDG director Brig. Gen. Joel Coronel identified the two suspects as Sherwin Sanchez, one of Mendoza’s former clients who is a convicted murderer, and Arthur Fajardo, the convicted leader of the notorious Fajardo kidnap-for-ransom group. Both of them are detained at the New Bilibid Prison (NBP).

Sanchez allegedly started to plot Mendoza’s killing after he failed to fulfill his promise to release him from jail since his conviction in 2015 but instead asked for millions worth of payment for his legal services, Coronel said.

Sanchez then tapped Fajardo, whom he had developed a friendship with inside the NBP since 2015, to help him with his plan particularly by employing people who may carry out the killing.

Fajardo then contacted his wife, Jael to carry out the plan.

They were promised to get PHP100,000 as payment, which Sanchez preferred instead of paying millions to Mendoza.

Acuña and Balbastro were earlier arrested while Mercardo remains at large.

Jael surrendered to the police for fear for her life. She told authorities the participation of the accomplices.

She admitted that Palermo put sleeping pills in the coffee served to the three victims when they visited her house at a subdivision in Calamba City, Laguna.

The visit of Mendoza was supported by the record in the subdivision’s logbook.

Police found out that Mendoza was lured to visit Jael’s house for a pay-out, which was part of the murder plot.

When the three victims regained unconsciousness, Acuña picked up Balbastro and Mercado at a convenience store.

Balbastro and Mercado dragged the bodies into the car, hit them with hard objects, stabbed them and later burned the car in a remote place in Quezon province.

Coronel said the three men were previously detained at the Batangas Provincial Jail.

“When the victims were being transported to Tiaong, Quezon where their bodies were burned, they were already dead,” Coronel said. (PNA)