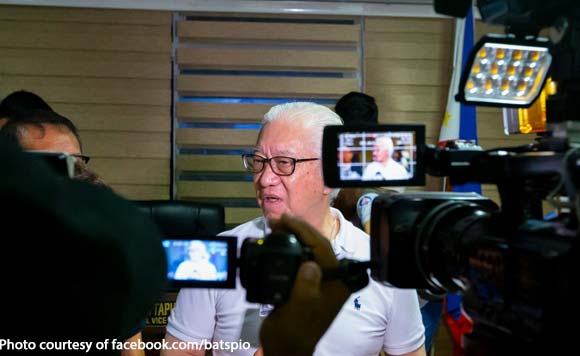 Batangas Gov. Dodo Mandanas is firmly on the side of experts when it comes to the Taal Volcano eruption.

In an interview, Mandanas called on local officials to listen to the Philippine Institute of Volcanology and Seismology.

He said people should thank Phivolcs, which has been keeping tabs on Taal Volcano for a long time using scientific methods.

While he said he was leaving it to local governments within the 14 kilometer danger zone to decide what to do on the ground, especially if they think no danger is imminent, his directive is that they still listen to Phivolcs.

There’s no substitute for science and knowledge!