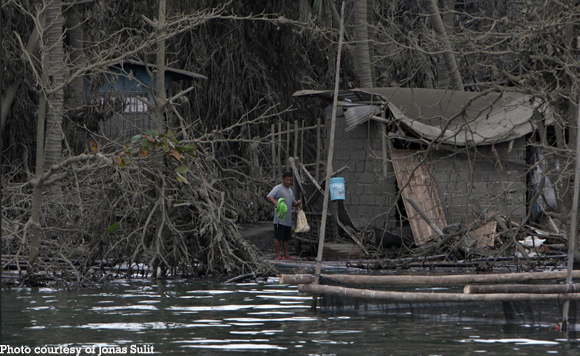 Military official Harold Cabunoc slammed Natanauan in a Facebook post after the latter sought the President’s intervention to allow his constituents to return to their town.

Natanauan said the Philippine Institute of Volcanology and Seismology should be asked to change its “opinion,” after the agency warned that Taal Volcano could erupt anytime soon and those in the danger zone should be evacuated.

Natanauan said Phivolcs was making the situation worse and claimed that its chief Renato Solidum was alone in having such an opinion.

Cabunoc, in his post, shared a link to a report on the Vice Mayor’s statements and said people like him are the reason soldiers and police personnel are having a hard time evacuating people out of the danger zone.

Maybe it’s best to listen to the experts?

MANILA – The vice mayor of Talisay, Batangas appealed to President Rodrigo Duterte Monday to allow his constituents to return home even as state seismologists warned that a hazardous Taal Volcano eruption is still possible.

(I will ask President Duterte if [Philippine Institute of Volcanology and Seismology] could change its opinion on the volcano because he makes the situation seem worse.)

(He is the only one saying that and it’s affecting the whole Batangas province. He should study it well.),” Cabunoc posted.