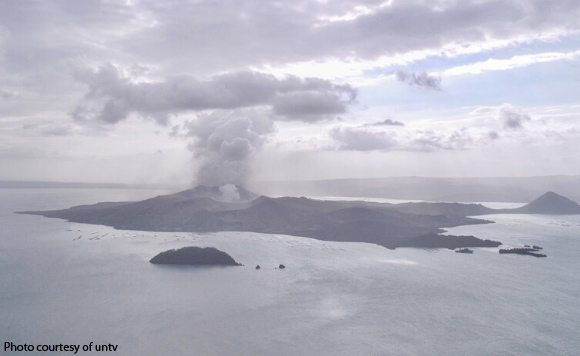 A labor group on Saturday said workers in establishments and members of the media, who are working within the danger zone of the Taal Volcano, are entitled to a minimum of 25 percent hazard pay.

Trade Union Congress of the Philippines (TUCP) Party-list Rep. Raymond Mendoza is calling for the payment of hazard pay to an estimated 2,000 employees working in restaurants and hotel establishments in Tagaytay City.

“All employees including rank-and-file, supervisors and managers working in all business establishments such as hotels, restaurants, casinos, and spas among others which are located within the 14-kilometer danger zone particularly Tagaytay City have the right and are entitled to a minimum 25-percent hazard pay of their daily basic pay,” Mendoza said in a statement.

He also believed that around 1,000 journalists and support personnel should be given such pay.

“Reporters, cameramen, assistant cameramen, cab drivers, and photographers who are covering the Taal volcano eruption and are working in the declared danger zone also have the same right and are similarly entitled to hazard pay whether they are under talent contract, or permanent, regular, contractual, seasonal, directly or agency-hired, freelance or independently contracted,” he added.

Mendoza added that hazard pay is a cash compensation to employees on top of their basic salary for rendering duty work under extraordinary conditions and circumstances that result in death, serious injuries, sickness and disease, and handicap or debility.

He said working under the extraordinary dangerous situations caused and the exposure to risk to the elements brought by the Taal volcano phreatic eruption Sunday last week are sufficient conditions for these workers to provide with hazard pay.

On the other hand, TUCP spokesperson Alan Tanjusay said although there is no prevailing law, policy, or department orders in the country that regulates employers from giving their employees with hazard pay.

“It is imperative upon business owners and employers’ management prerogative to give hazard pay to their employees considering the extraordinary circumstance in performing their duties and responsibilities,” he said.

Tanjusay said the workers can ask their employers to give them the hazard pay.

In the public sector, police, military, firemen, rescuers, including volcanologists and personnel from the Philippine Institute for Volcanology and Seismology (Phivolcs) are automatically entitled to hazard pay based on the Civil Service Commission regulation and memorandum giving government personnel hazard pay ranging from 5 percent to 27 percent of their basic pay after rendering 50 percent of the total working hours of the month. (PNA)