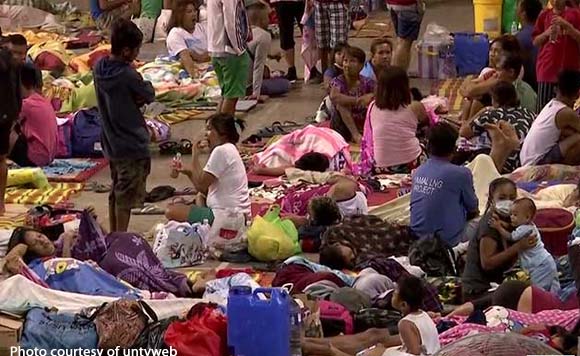 The provincial government of Batangas will provide tents for evacuees to stay in once classes resume amid Taal Volcano’s unrest.

In a statement posted on Facebook, the provincial government said classes may resume when Phivolcs lowers the alert level for Taal Volcano to Alert Level 3.

DepEd Disaster Response director in charge Roni Co told DZBB Saturday, January 18, that arrangements are already being made to ensure students displaced by Taal Volcano’s unrest will be able to continue their studies.

Several schools in Batangas are being used as evacuation centers for residents who fled from towns within the 14-kilometer danger zone around the volcano.

Co said some 30,000 students are affected by the indefinite suspension of classes in towns affected by Taal Volcano’s unrest.