Get all you want! Batangas councilor gives away 9K chickens for free 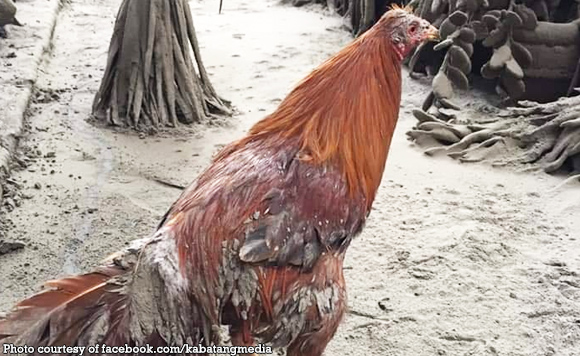 Agoncillo, Batangas councilor Crister De Leon is giving his chickens away for free as thousands of residents remain in evacuation centers amid Taal Volcano’s restiveness.

De Leon, a poultry owner, told GMA News’ Raffy Tima that his chickens will die anyway if the situation worsens so he prefers other people to have them instead. The councilor has an estimated 9,000 chickens in his poultry farm.

The town of Agoncillo is located within the 14-kilometer danger zone identified by Phivolcs around the volcano. Residents within the radius have been advised to heed the mandatory evacuation ordered by authorities.

Alert level 4 remains for Taal Volcano as of Friday, January 17, as it continues to emit sulfur dioxide.

The Philippine National Police (PNP) has created a perimeter task force and set up checkpoints in all entry points to enforce the lockdown within the 14-kilometer danger zone.