Dumadami na bakwit! Cavite under a state of calamity after Taal Volcano’s eruption 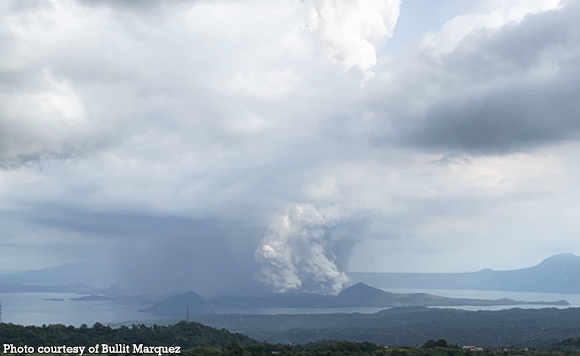 The province of Cavite has been placed under a state of calamity following the eruption of Taal Volcano on January 12.

Cavite Governor Jonvic Remulla said the declaration was made to enable the province to help the thousands of evacuees who fled from Batangas amid the volcano’s eruption.

The declaration of a state of calamity will allow the provincial government to use its calamity funds.

More than 70,000 individuals– mostly from Batangas– have fled to Cavite and Quezon following Taal Volcano’s eruption, according to the National Disaster Risk Reduction and Management Council (NDRRMC).

Alert level 4 remains for Taal Volcano as of Friday, January 17, as it continues to emit sulfur dioxide.

Politiko would love to hear your views on this...
Tags: Cavite, state of calamity, Taal Volcano, Taal Volcano eruption