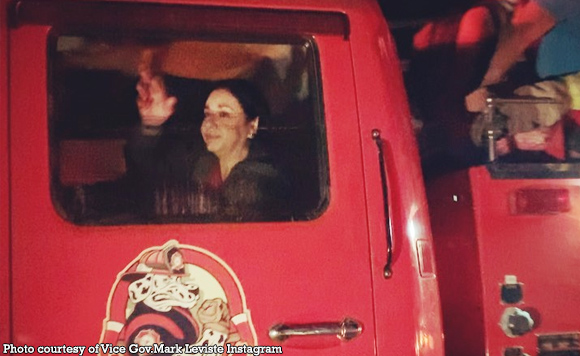 Alma Moreno was one of the celebrities who first rushed to the aid of Batangas residents after Taal Volcano erupted on January 12.

Moreno’s assistance was shared by Batangas Vice Governor Mark Leviste, who recorded a video of the actress on board a fire truck from Parañaque City.

“While I was monitoring the evacuation in Brgy. Ambulong, Tanauan City early this morning (3:40ish) there were 3 fire trucks from Parañaque City filled with fire volunteers and evacuees, and to my surprise, I noticed Ms. Alma Moreno leading the way,” he said.

The vice governor was impressed that Moreno shunned the star treatment during her visit.