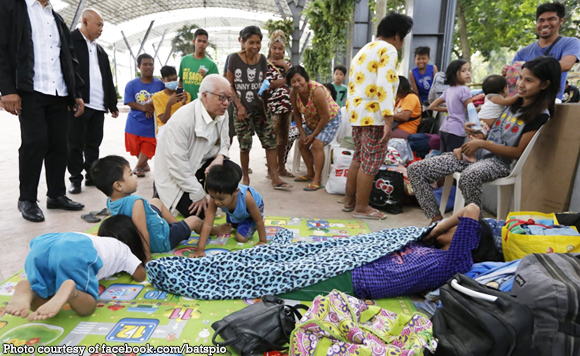 The provincial government of Batangas asks the public to donate non-food items for evacuees affected by Taal Volcano’s unrest.

Donations can be coursed through the Provincial Social Welfare and Development Office through Weng Casabuena.

More than 70,000 individuals have been displaced following Taal Volcano’s eruption on January 12. Most of them are staying in evacuation centers in Batangas, Cavite and Quezon.

Classes have been suspended indefinitely in Batangas as several schools are being used as evacuation centers.

Politiko would love to hear your views on this...
Tags: Batangas, Facebook, Taal Volcano