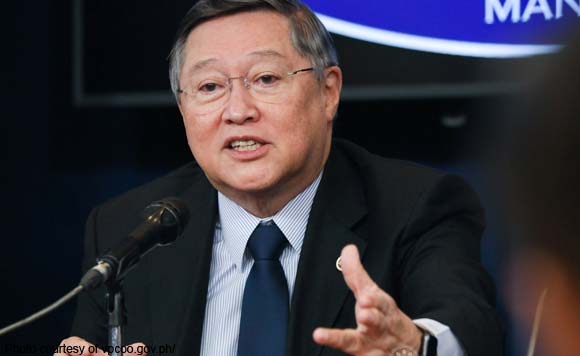 The government is committed to help areas affected by the Taal Volcano eruption to immediately address the needs of the people and the economy.

This was assured by Finance Secretary Carlos Dominguez III on Monday saying that officials of various government agencies were monitoring developments on the ground to properly respond to affected families.

The Finance chief said the government has put in place a Cat Bond, issuance, which can be triggered by a 1-in-19 year earthquake that may result from the eruption of Taal Volcano.

He explained a 1-in-19 year event was modeled with a P11-billion loss, similar to what was registered during the 1990 Luzon earthquake in Nueva Ecija.

The magnitude 7.8 earthquake happened on July 16, 1990 and the epicenter was traced in Nueva Ecija in Central Luzon. Aside from Cabanatuan, Nueva Ecija, other areas that suffered from the tremor were Baguio City, and Dagupan in Pangasinan.

“We are likewise working on a natural catastrophe cover for our strategically important assets like schools, roads, and bridges, which would protect against natural catastrophes such as tsunamis, volcanic eruptions, typhoons, earthquakes, and storm surges,” Dominguez added.

Dominguez said food packs were being distributed to people in the various evacuation centers while farmers and fisherfolks have been offered by the Department of Agriculture (DA) of zero and low-interest emergency loans.

Ashfall from Taal Volcano, which is located in Batangas in Region IV-A, has reached as far as some parts of Bulacan in Central Luzon, the National Capital Region (NCR), and other parts of southern Luzon like Cavite and Laguna.

Dominguez said Region IV-A accounts for about 17 percent of the country’s domestic output in 2018, while NCR is about 36 percent and Central Luzon at 9 percent.

He said the government thus will “do what is necessary to get areas affected by this natural disaster up and running as fast as possible.”

“Based on our estimates, our country loses 1-2 percent of our gross domestic product (GDP) due to natural disasters, especially from typhoons every year,” he added.