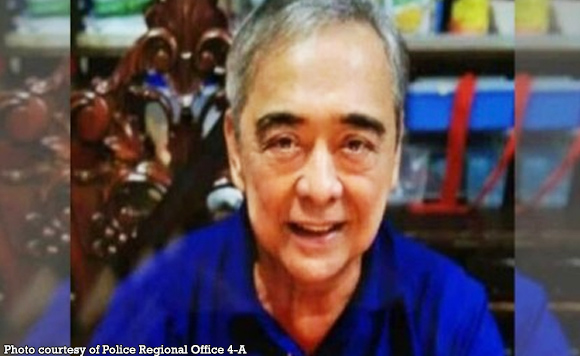 The Police Regional Office (PRO) 4-A (Calabarzon) has created a task force to probe the killing of former Batangas congressman Edgar Mendoza.

“We are backtracking on who he is supposed to meet with. Maybe from there, we can get information (to identify the suspects),” Banac said on Friday during a press briefing at Camp Crame.

Banac said the victim left his home in Balagtas, Batangas at 10 a.m. Wednesday.

Banac said there is a possibility that the victims were killed first before they were burned inside the car.

However, the investigators have yet to determine the suspects and the motive behind the incident.

The 68-year-old former lawmaker was accompanied by his driver, Ruel Ruiz and aide, Nicanor Mendoza, when they left his home in for a meeting in Lipa City and Calamba, Laguna on Wednesday.

The car he was using was registered to Begbog Properties Inc. in Rosario, Batangas.

The bodies were subjected to DNA testing to confirm their identities.