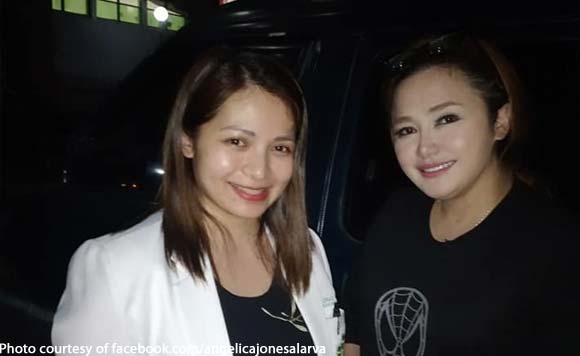 Laguna Board Member Angelica Jones Alarva found herself extra busy on Christmas eve as she decided to check up on and cheer up the Laguna residents who fell ill due to lambanog poisoning.

In a Facebook post, Alarva said she did without sleep and was able to finish the task in the wee hours of the morning as she had to go to the Philippine General Hospital, the East Medical Center and Rizal Medical Center to see the patients.

She also appealed to the relatives of one of the patients, Jomar Isleta, to visit him at the Rizal Medical Center as he is in the ICU and is in critical condition.

She also said the 13 year old victim Taded Rueslee has nobody watching over him or caring for him, and called on his parents to visit him.

It was a sad task to do before the holidays, but she did her bit to make their Christmas a bit better!