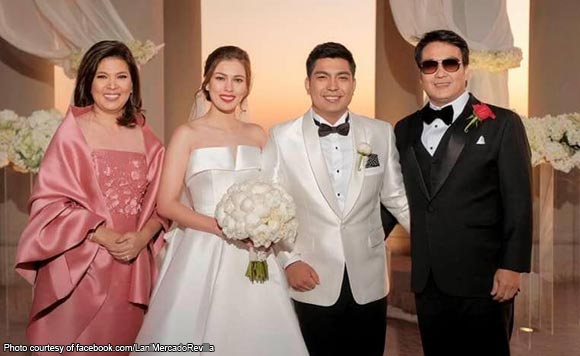 Bacoor Mayor Lani Revilla was one happy mother of the groom when her son, Cavite Vice Gov. Jolo Revilla, tied the knot with Angelica Alita in the United States.

In a Facebook post, Lani shared her best wishes for the couple as she shared a photo of them at the wedding.

She said it was a happy moment for the family to see Jolo settle down with Angelica.

She prays for their union to be strong and resilient, and advised them to keep God at the center of their marriage.

The mayor is happy to expand her family!