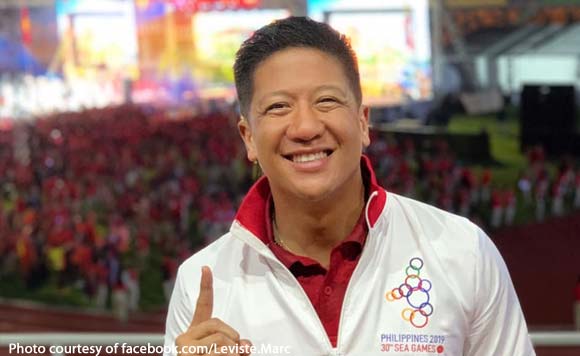 Batangas Vice Gov. Mark Leviste is not that heartbroken over missing Irish rock band U2’s concert at the Philippine Arena.

This was because he spent the night watching the closing ceremonies of the 30th Southeast Asian Games, which the country hosted.

In a Facebook post, Leviste said he felt proud over the achievements of Filipino athletes, who topped the medal haul.

He did not see Bono rock the arena, but he considers watching the closing ceremonies a milestone in his life, he said.

He will always take pride in the Philippines, he added.

Well, he could always listen to U2 on Spotify!

“Nakakaproud talaga ang ipinakitang galing ng Pilipino sa katatapos laang na SEA Games. 🇵🇭 I may have missed the U2 concert at the Philippine Arena, but the opportunity to witness the closing ceremony of the Games is a milestone in my life, and I will always take Pride (in the name of love…for flag and country) What more in the name of love? ❤️,” Leviste posted.