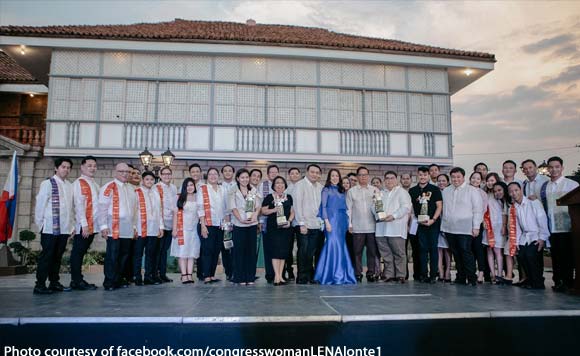 Binan Rep. Len Alonte is supportive of efforts of the provincial government to preserve the city’s heritage.

Alonte joined other officials in the inauguration of the newly-restored Alberto Mansion, according to a post on her Facebook page.

Vice President Leni Robredo attended the event along with other Binan officials.

The restoration is meant to preserve the cultural heritage value of the house and is believed to add character and distinctiveness to the structure.

It would also help create a sense of place in a community, according to Alonte’s Facebook page.

The old can teach us a lot of things!

“A piece of history restored: The long wait is over as the Alberto Mansion is now back to its glory. The efforts of the City Government of Biñan, along with different non-governmental organizations, have paid off after they inaugurated last Friday, December 6, 2019, the stronger and bolder Alberto Mansion. Leading the ceremony was Vice President Leni Robredo, assisted by Biñan City Rep. Len Alonte- Naguiat, Mayor Arman Dimaguila, and Vice Mayor Gel Alonte.

The Biñan City Government, through BCHATO headed by Mr. BJ Borja, has been serious in its efforts to preserve the cultural heritage value of the said structure. They believed that the preservation adds character and distinctiveness and is fundamental in creating a “sense of place” in a community,” Alonte’s Facebook page posted.