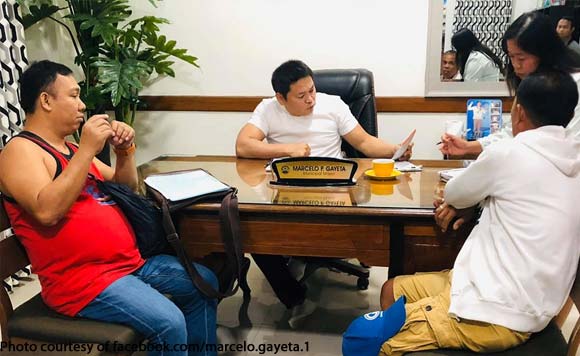 Sariaya Mayor Marcelo Gayeta was down with a fever recently, but he did not let that get in the way of his duties.

In a Facebook post, Gayeta said he was not feeling well, but there were constituents he had to meet in his office to listen to their concerns.

He had even come from Manila and went straight to the municipal hall.

But he was able to complete his duties, he added.

No sick leave for the mayor!

Politiko would love to hear your views on this...
Spread the Love
Tags: Gayeta, Mayor Marcelo Gayeta, Sariaya