Success! Binan Mayor Arman Dimaguila thanks all who helped the city host the SEA Games event 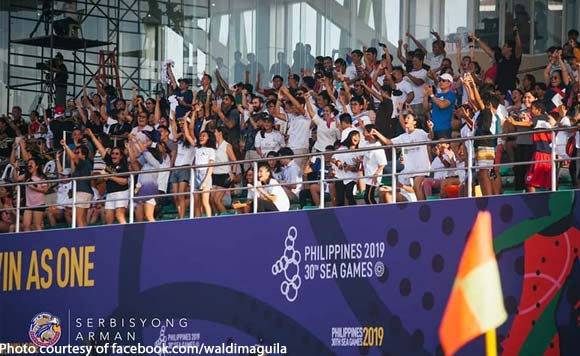 Binan did not disappoint the Philippines and the visitors when it served as the venue for the football matches for the Southeast Asian Games, according to Mayor Arman Dimaguila.

In a Facebook post, Dimaguila said the city was able to show everyone that it could decently host the event.

He thanked the volunteers, city officials, employees, the police, and the barangay officials for doing their part to ensure that the events would be a success.

Their accomplishment brought honor not just to Binan, but to the country as well!