San Pedro, Laguna Councilor Jimbo Ambayec has no problem with the “Manila” song for SEA Games 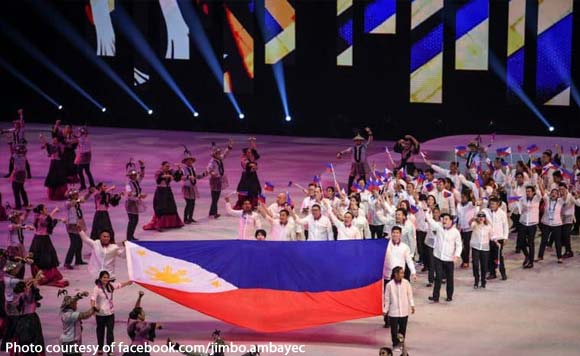 San Pedro Councilor Jimbo Ambayec is a Lagunense, but he has no problem with the song Manila which was played at the opening of the Southeast Asian Games during the parade of Philippine athletes.

In a Facebook post, Ambayec shared the lyrics to the chorus of the song and said he could not get it out of his mind.

He has replayed it several times and cannot stop listening to it, he said. He even grooves to it, and the hair on his arm stand on end when he hears the song.

While others took exception to the song as it did not seem inclusive, Ambayec said this is one time when all Filipinos must stand together, regardless of one’s political affiliation, ideological leaning or personal belief.

He sure has the LSS syndrome!

Irrespective of our political affiliation, ideological leaning or personal belief, in times like these, we have to stand together as one proud Filipino nation. ??,” Ambayec posted.