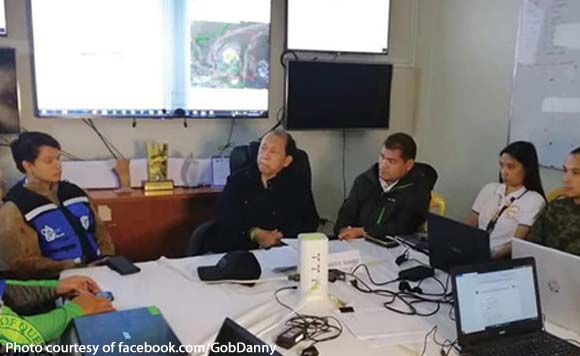 Quezon Governor Danny Suarez quickly buckled down to work even if Typhoon Tisoy continues to bring rains over the province Tuesday.

Suarez met with officials of the Quezon Preparedness Operation Center to assess the damage that the typhoon brought across the province’s towns and municipalities.

Suarez said he wants a quick assessment of Tisoy’s effects on the province so that the appropriate assistance could be given to the affected residents.

Thousands of residents were forced to evacuate due to the typhoon as early as Monday.