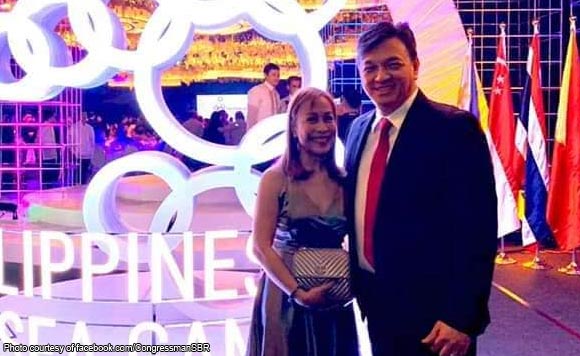 Cavite Rep. Strike Revilla had the chance to spend some quality time with his wife, Chaye, when they attended the gala night for the 2019 Southeast Asian (SEA) Games Sunday.

Revilla looked dashing in a suit with red tie while Chaye donned a long, gray gown.

In a Facebook post, the congressman said it was an honor for him to have been invited to the gala night. He and his wife even bumped into Senator Bong Go, whom they asked for a groufie.

Revilla then appealed to the public to pray for and support the Filipino athletes who will compete in the SEA Games.