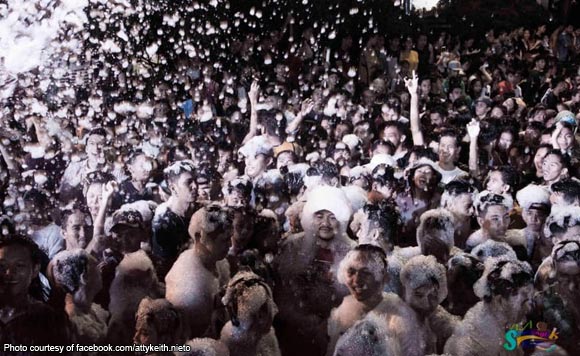 Cainta, Rizal Mayor Kit Nieto loosened up as he joined thousands of partygoers at the Sumbingtik music festival on November 29.

Nieto appeared to have a good time dancing with his constituents and getting soaked in suds that were blown out during the party.

The local government gave partygoers small packs of junk food to help fuel them throughout the night-long party.