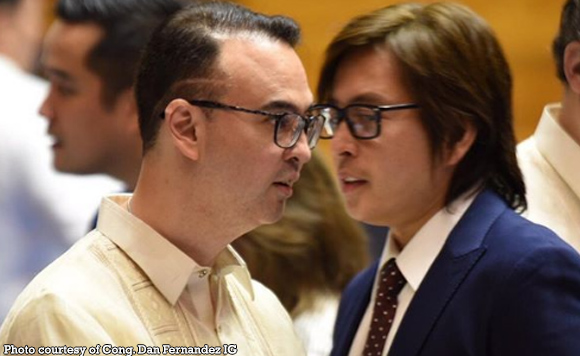 An official of the House of Representatives has defended Speaker Alan Peter Cayetano amid the blunders related to the Philippines’ hosting of the Southeast Asian Games.

House Deputy Speaker and Laguna Rep. Dan Fernandez said he saw “no need” for the SEA Games organizers led by Cayetano to apologize to participants, stressing that the country and games organizers have done their “utmost best” to achieve the goals of the biennial sports meet.

“This is a local issue that should not concern the visiting SEA neighbors,” said Fernandez on reaction to the blame-throwing on the expenditures for the SEA Games preparations.

According to Fernandez, it would be best for everybody to quarrel about these controversies “when our visitors have left.”

Cayetano, chairman of the Philippines Southeast Asian Games (PHISGOC), drew flak not only here in the country but also in the international circuit following the reported logistical and accommodation mishandling and as well corruption allegations on the Philippines’ SEAG hosting.

“The complaints were never about the country’s inability to reach the objectives of SEA Games,” Fernandez stressed.

“Are we as Filipinos going to allow purveyors of fake news, grossly exaggerated reports and political spite win a gold medal for national destruction? We must not!” said Fernandez.