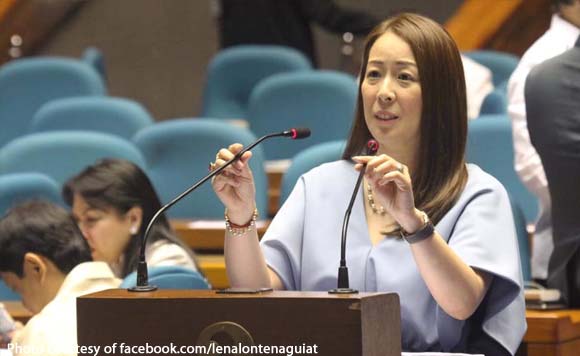 Laguna Rep. Len Alonte has asked the Public Attorney’s Office (PAO) to help teachers victimized by bullying as she announced her plan to revive a bill on teacher protection.

Alonte said the bill she will file is a “slightly improved version” of what she filed in the 17th Congress.

“There is urgent need for this bill because teachers are being denied due process and competent legal defense, humiliated in trial by publicity, and are under attack by trolls and heartless misinformed netizens in social media,” the former three-term mayor of Biñan City said.

Alonte said she supported then House Bill 9065 in the House Committee on Basic Education and Culture. HB 9065 was originally HB 58 of Representatives Antonio Tinio and France Castro.

“But the 17th Congress lacked time to pass the bill and send it to the President for signature. I am hoping that in this 18th Congress, by filing it now, both the House and the Senate will have enough time to approve it before this first regular session ends,” the House Deputy Majority Leader said.

Under the bill, “legal counsel, whether a pro bono private attorney, teachers’ union lawyer, or from Public Attorney’s Office must be made available to teachers in distress, especially during media interviews to ensure that the due process rights and other human rights of teachers are upheld.”