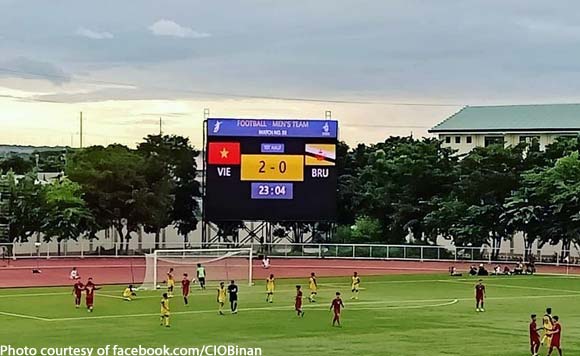 Binan Mayor Arman Dimaguila is very ready to host the football event for the Southeast Asian Games, and called for the haters to just support Philippine athletes.

On Facebook, Dimaguila shared a link to his official page disputing an online news report that said Binan was not ready to host the football event as the stadium was supposedly undergoing renovation.

He said it would be better if Filipinos would just support the country’s athletes, and added that there was much to love about the Philippines and its people.

If we criticize a Filipino, it would be to the detriment of all Filipinos, he added.