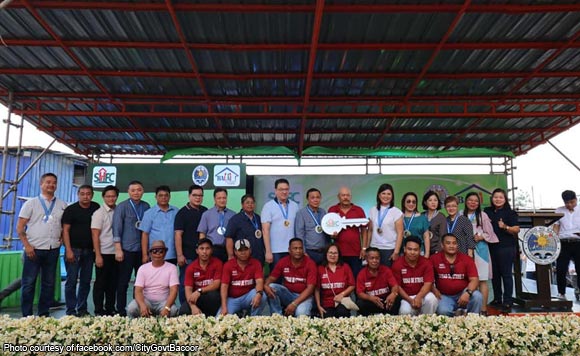 Over 1,400 families who used to live along the riverside, hazardous, and vulnerable areas in the cities of Las Piǹas and Paraǹaque officially moved into a decent, safe, accessible, and quality housing in Ciudad De Strike 2, Bayanan in Molino 1 here on Saturday.

Parader, speaking on behalf of his members, expressed gratitude for the project.

The housing project was made possible through a memorandum of understanding between the SHFC and the city government of Bacoor for the delivery of quality and community-driven shelter solutions under SHFC’s flagship program Community Mortage Program (CMP).

The CMP is a mortgage financing program of the SHFC which assists legally organized associations of underprivileged and homeless citizens to purchase and develop a tract of land under the concept of community ownership.

Ciudad de Strike 2 has a total of 20 three-story buildings, with each of these accommodating some 72 families. This PHP648-million project, which started in July 2016 and completed in September this year, is comprised of 1,440 units, each measuring 30 square meters, with a room for a loft.

SHFC is a government-owned and controlled corporation (GOCC) created in 2004 through Executive Order No. 272 which mandates the agency to carry out socialized housing programs such as the CMP, “Abot Kaya Pabahay Fund (AKPF) Program and other social housing windows for the benefit of underprivileged communities that belong to the low income bracket. (PNA)